Recent Data Breaches You Should Know About - January 2020

Each year, hundreds of Canadian businesses and institutions suffer at the hands of cybercriminals. Here are just a few of Canada’s most significant cyber attacks for the month of January.

Researchers recently uncovered a two-year-long phishing scam targeting the customers of fourteen major Canadian banks. Using look-alike domains, cybercriminals were able to send convincing emails to CIBC, TD Canada Trust, Scotiabank and RBC clients, urging them to enter their banking credentials. Although the attack has now been identified, customers impacted by the scam are urged to contact their financial institution and keep a close eye on their accounts.

eHealth is struggling to restore operations after a ransomware attack led to the encryption of several files containing patient information. Responsible for overseeing information systems for many public health care organizations, the IT-based corporation advises no personal data was stolen – however, the incident has affected employee productivity and led to costly downtime. eHealth has opted not to give in to the attackers and will attempt to restore operations on their own. 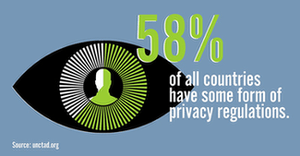 Other News for January:

2019’s Financial Breach Report has revealed that financial services organizations and their customers are becoming a primary target for cybercrime. According to the report, 6% of all data breaches affected these organizations, which also accounted for 60% of all leaked records. Experts have identified hacking and malware as the leading cause, with the average cost of a stolen record reaching an alarming $210. All organizations are advised to keep a proactive IT security strategy in place to minimize breaches.

Below are other notable, global cybersecurity breaches for January:

Cybercrime is never a question of “if,” it’s a question of “when.” Protect your business from crippling cyber attacks with the help of an accountable, reliable, responsible (and affordable), Managed IT Services provider.